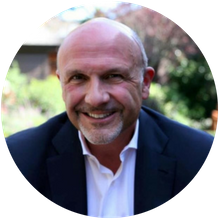 Drew Brugal is a proven leader, maverick and strategy expert. He led a distinguished 26-year career as a naval aviator, Top Gun trained fighter pilot and award-winning F-14 Fighter Squadron commanding officer. He served as a special advisor for covert and clandestine operations to the Chairman of the Joint Chiefs of Staff and the Secretary of Defense under the Clinton and Bush administrations. He retired from the military as Executive Officer of USS Ronald Reagan, a nuclear-powered aircraft carrier.

In the private sector, Drew has been President/CEO and a general manager of two defense industry leaders producing cutting-edge night vision technology and helmet mounted display systems for the United States military and allied foreign governments.

Drew travels the United States as a performance coach and motivational speaker, has served on the boards of a micro-robotics startup, a non-profit college scholarship organization and is an executive producer of the soon to be released documentary, Veterans Journey Home.

Drew will be available to advise and work with a select number of GEL clients looking to leverage and integrate his expertise to maximize performance and drive results.

Drew is a graduate of the United States Naval Academy, the Navy Nuclear Power Propulsion School and holds a Masters of Arts Degree in International Affairs and Strategic Studies from the U.S. Naval War College and continues his education at the Stanford Graduate School of Business.

SOME OF OUR NOTABLE CLIENTS: